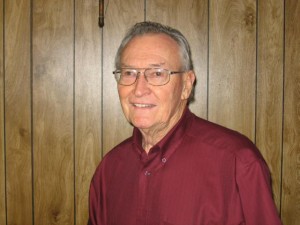 Ray B. Albright was born on July 25, 1933 in Sulphur, Oklahoma. He worked on his father’s farm milking cows, baling alfalfa, and raising turkeys. He graduated from Sulphur High and attended the University of Oklahoma where he was accepted into the Naval ROTC program. In 1955 Ray received his BS Business degree and became a commission naval officer and reported to active duty one month after graduation. He served on board the naval destroyer USS Blue DD-744 and was honorably discharged in April 22, 1965.

Ray entered the steel distribution business after his naval service and in 1973 had the opportunity to start his own steel business. He filed corporation papers with the Secretary of State and chartered the Ray Albright Steel Products, Inc on December 18, 1973 and opened for business with his wife, Wanda, on January 2, 1974.